Coolness, care and elegance, all at once.

You define the goodness I learnt to put to practice, that otherwise remained locked in me.

You also left me empty although briefly but then gently helped me let go.

The idea of romantic love, so raw, savage, beautiful and unacceptable.

We could have had it all…

Not before wrapping us in identical colors, with little differences, those which the society can’t make out.

Not before stripping us of our uniqueness and herding us with the rest of the cattle.

Not before banishing us to the realm of the normal, where we won’t stand out or create a scene,

Where we won’t call out to the society for being the judgemental jackass it has always been.

Once we are one of them, we won’t be able to recognize ourselves. 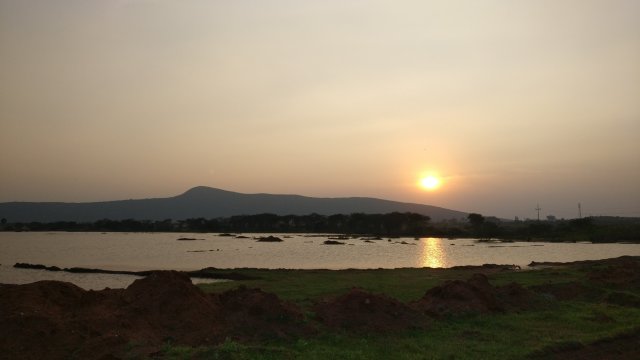 The tragedy of new beginnings

Raymond smiled, as one could smile, when faced with a troubled heart and a tired mind. His smile conveyed it all, but to only those who knew him well. Hid behind that subtle smile was a sadness, the depth of which even Ray couldn’t fathom. Ray, that’s what she never called him, but what everyone knew him as. Most of the time Ray tried to keep himself busy, aloof and when facing a crowd generally hid behind humor and made-up smiles. At one point he had managed to fool himself, convinced that it probably wasn’t as serious as he imagined it to be. He remembered, now and then, few moments they spent together. Everything else seemed like a distant dream. Exhausted, Ray continued to do what society expected him to do. Growing miserable with each passing day. The emptiness growing within him, gobbling up life that once existed.

Not a day went by when he didn’t think about her. Afraid to let go and afraid to hold on, Ray kept looking at their pictures. Thinking about the times they had spent together and the future they had dreamt about. Wasn’t much, thought Ray now, just a few more worries they had added to their list. Life would have been happy with her, probably. There were other paths to happiness, reasoned Ray. He felt no need to consider those, or he had already tried and failed. The stress Ray felt showed up in different ways. His silence , caused more worry to people around him. They were determined to pull him out of this state of mind with any means possible. Every time they just seemed to hit a wall.

Ray was not silent. He was having conversations with her everyday. Fights, negotiations and moments of intimacy, the whole works. He was drowning in these virtual conversations, losing track of what was real. He just held on with the hope that things might change for the better. He waited each day for a glimmer, a spark, something to restore his faith in the universe. Each day looked more insufferable than the next. Books and music gave a brief moment of rest to his thoughts but everything seemed inconsequential at the end.

If one was to substitute Ray with Pam in these above lines, then one wouldn’t be very far from the truth. Pam was rolled up under her blanket. The air had turned chilly after few days of continuous rain. She thought of the conversations she had had, with her tucked under that blanket and Ray on his way to the office miles away. Would things be different, if they had belonged to the same city? No, some things are just not in your control, thought Pam. She followed Ray’s posts on social media, feeling good that at least he had managed to continue doing what he loved. She enjoyed looking at his photographs. They sometimes reminded her of the excited conversations Ray had about them.

There were other paths to happiness, suffering was optional, she reminded herself. Her health had constantly deteriorated. After trying various doctors, Pam had realised that unless she puts her mind at ease, her health was not going to improve. She started meditating with renewed zeal. She still worried about Ray feeling guilty about the whole situation. Although she knew they had been very clear about their insecurities with each other, it had never occurred to her that it would hurt so bad. She had no expectations from anyone but being with Ray she had learned to expect some good. Now it just hurt her everyday not being together. She tried by all means to get better.

There was no common future for them, just a lot of history. No moments but a lot a memories. These are the things that fade with time and allow new ones to take their place. All would be calm in a few months and forgotten in a year. Some took time to let go while some never let go. Each carrying a part of the other within them forever. Raymond and Pam were two individuals floating in a sea of uncertainty and there was no end just two new beginnings.

The speaker stopped and looked up,
Your force stirred the poor man beside me from his slumber.
Could anyone be any dumber?

But I am happy you came dear friend,
A fart was needed to make everyone giggle and smile,
A blessing in disguise, I am sure they heard you from a mile!

Now I am willing to forgive and even be thankful,
For saving me from this boring class,
But promise me, let this be the embarrassing moment of the very last!!

I am still searching,
That special ingredient
that once made “us”.

Some things said,
And some left unsaid,
Conversations in silence.

Whole lot of warmth,
Some bitterness and spice,
Simmered with a lot of patience.

The perfect brew we made,
To relieve our aching hearts,
And wary minds.

That brew of memories,
Words and actions,
With that special secret ingredient.

Searching deep within,
Maybe I will find the recipe,
For you and me.

Walking side by side

Taking life in our stride

Trying to find our separate ways

leave this world behind

Think not of what’s happened

What’s happened had to happen
Pack your bags

Take life as it comes

You you’re own best friend

From birth till the end.

Back to where we started…

Back to where we started
Facing this world alone,
Thinking about the future,
And with it the fear of the unknown.

I still hear your voice,
And the silence in between,
That one lingering embrace,
From the big virtual dream.

There is this silence again,
But not the silence between our talks,
The nights all seem cooler,
And then there are the lonelier walks.

Distance was the poison,
And now a soothing balm,
We are back to where we started…
Alone, in the night, among the stars.

This is all a lie,
These words,
An elaborate hoax of exaggerated emotions,

These are not my own,
But of someone deep within,
Someone I don’t know.

Creeping up from the dark corners of my mind,
The heart, thoughtless,
Fueling them with blood.

This irrational being,
Emotional wreck,
Emerges in misery,

With lifeless sunken eyes,
Engulfing the mind,
A temporary parasite feeding of unhappiness

This is not me,
But me in miser’s disguise.

Misery my muse for eternity,
Good to know you have returned

I write as you sit by my side,
Gently leading my hand

There is always a place for you my friend,
In my heart and mind

I find the happiness I seek within you,
I find inspiration too

I know you won’t stay for long,
So let’s make to most of the time we have,
And explore these memories,
These narrow streets of my mind

Let me drop you off at the next stop,
Its a place I have made for you in my heart

For I have a date with hope,
And the sweet uncertain future.

Smiling to myself,
Watching your eyes sparkle

If only I would stop writing,
My sorrow, ink for my thoughts

Do you have anything to say you ask?
Nothing I say

Do you want to know more you ask?
No I say

This goes one for a while
Without a word from me

I have all the questions
You, the answers,

I can sense time slipping through my fingers,
Your face fading in the smoke

Lead filling up my lungs, my heart,
No wonder I can’t say a word,
My head is underwater